We Built the Golden Gun – Here’s How 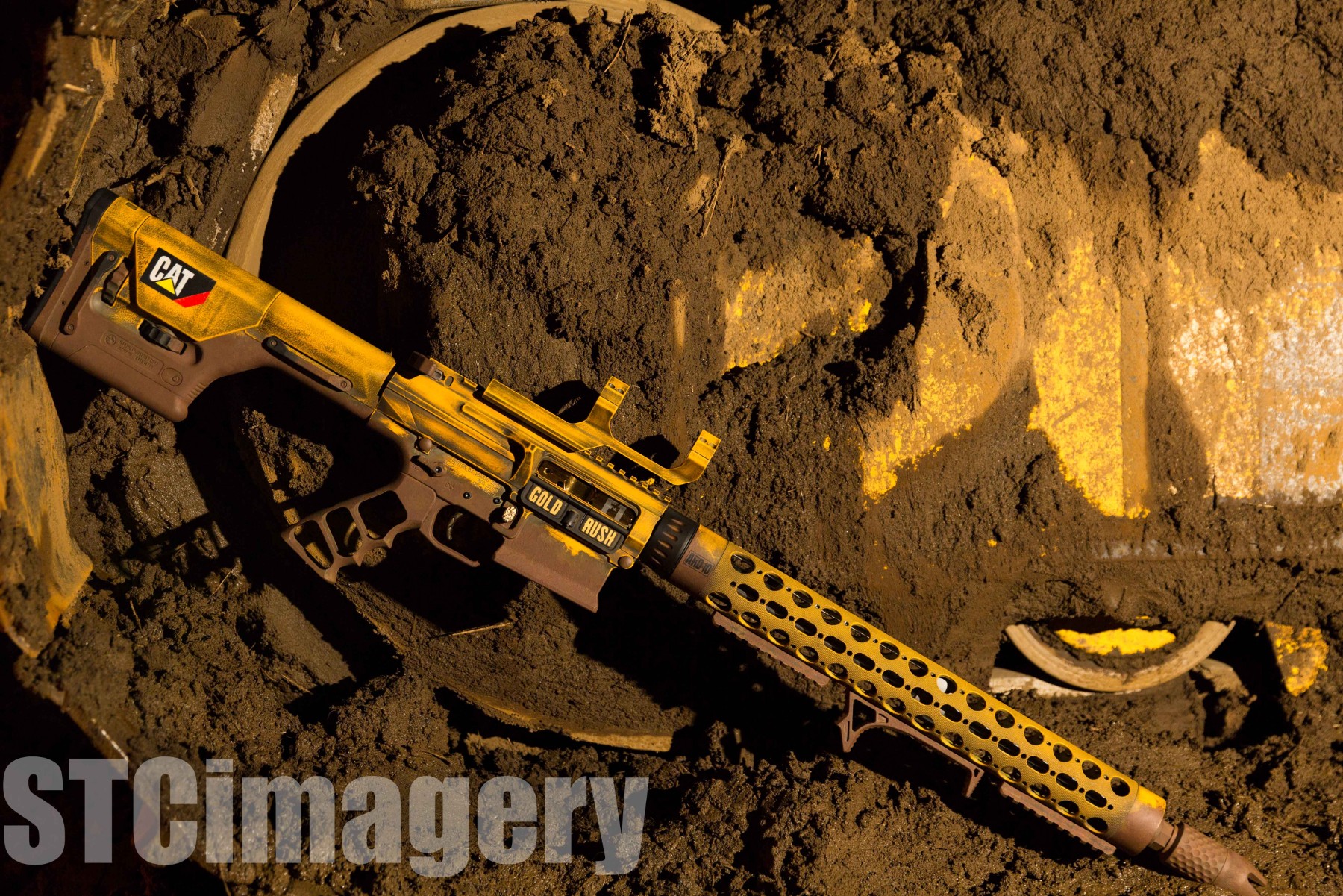 Odds are, it’s something all black with a few stainless steel parts.

For the sake of mass manufacturing, that’s generally how they’re designed. But we see those all day, and we wanted to make something different. This is our passion, and we wanted to show that guns can be so much more.

Turns out we had the best opportunity to do so. There was an event coming up for Homes With Heroes, one of our favorite non-profits. The money raised there would go to their organization, so we wanted to make something we could auction off and then donate the money.

Not to mention, Jim Thurber was going to be attending. You might have seen him on the popular Discovery Channel show Gold Rush. He’s on the board for Homes with Heroes and does a lot for the organization.

If you’ve ever watched the show, though, you’ve definitely seen some of the equipment they use – namely the D10 Bulldozer. So our challenge was simple: we wanted to make a gun that Jim would like. To do that, we needed to combine the things we love most, the AR10 and the D10 Bulldozer.

We wanted the rifle to compliment all the power, beauty and ruggedness of the DR10. So to start, we selected all the components that would reflect the D10 in action.

Most important was for the rifle’s colors to convey the age and heavy wear of the Caterpillar. We brought in Sur-Tac, a local artist, to do the Cerakote application. They did a fabulous job, even incorporating the rust at the bottom which evoked the look and feel of Alaskan grime.

Speaking of feel, we were so impressed with the incredible texture and detail incorporated. For example, the magazine, a 50 round drum, had scuffs on the bottom to replicate the wear and tear of being dragged on a site.

Other things we incorporated was the hand stop mimicking the ripper blade of a bulldozer, the muzzle brake that honors the drill which bores into the ground, a barrel modeled like the hydraulic system, even the exhaust pipe and round tubing.

But what good is a bulldozer that doesn’t bring you any gold?

We took a Timney skeleton trigger, a bare mag release and a lump of gold and brought them to Rand Jewelers, in Vancouver, WA. They filled the skeleton trigger with gold and fashioned a nugget for the mag release, putting the final touches on a Gold Rush theme we couldn’t be more proud of.

All in all, it took us several months to finish. It could’ve been done in 6 weeks of course, but that isn’t our style. We had to make sure everything was perfect.

Now the big question: how was it received?

We were completely thrilled with the response. Not only did Jim love it, but the rest of the Gold Rush cast did, too. We even have pictures of the Hoffman crew posing with it.

Most importantly, it was sold for $8,000 to a non-cast member. That money went to send 8 veteran hunters to take part in the Homes with Heroes Deer Camp.

So all in all, we’re so happy with how everything turned out, from the design itself to the effect it had for Homes with Heroes.

It goes to show you also that guns don’t have to be boring; you can really put a lot into making it something special.