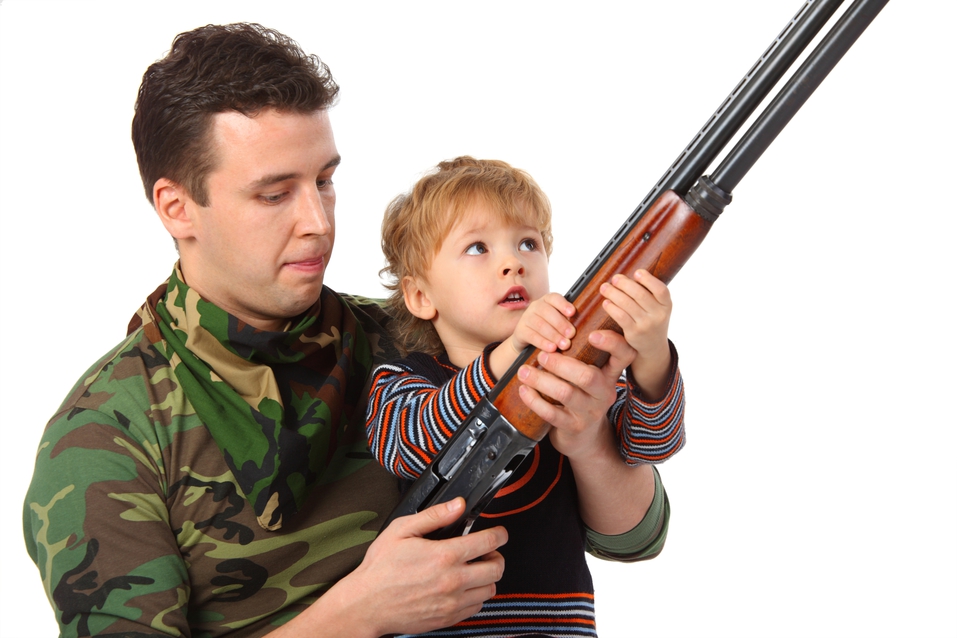 Gun ownership is one of the greatest freedoms the United States guarantees its citizens. However, it’s up to each citizen to be a responsible gun owner. This includes understanding how to handle a firearm safely, storing your firearm securely, and transporting your firearm according to local jurisdictions.

Being a responsible gun owner goes beyond the individual as well. Children are naturally curious, and if left alone in the home, they may want to learn more about the pistol or rifle on their own. As a parent and a gun owner, it’s up to you to make sure your children understand the importance of treating a gun with respect.

With a little online research, there are plenty of firearm safety programs and other resources to be found. Although these tutorials are designed to help teach your child about gun safety, there is one aspect you need to find out on your own.

After all, wouldn’t you want to know if any firearms were accessible when you send your child somewhere for a party or sleepover? You’ll want to know how the firearm is secured, if their child knows where the gun is, and is the gun unloaded when not in use.

Don’t ask where the gun is stored, just that it is stored responsibly. Children (and some adults) are masters at convincing themselves and each other something is a good idea. However, if you feel confident the firearm is safe and secure, it’s one less thing you have to worry about during a sleepover.

Communication also extends to your child. Talking about what to do when they see an unattended gun is the first priority. Discuss uses, why owning a gun is important, but also the dangers of mishandling a gun. Keep the conversation age-appropriate of course.

Depending on what kind of video games they play or what they watch on television, your kid may be very interested in learning more about guns. Explain what they see in the movies is fantasy – that using a gun in real life is quite different.

At an appropriate age, discuss how to handle a gun, how they’re used by police officers, and how they’re needed for family protection. It’s also important to talk about gun violence, how it’s reported in the media, and common myths about guns.

These conversations may have to be repeated through the years, adding new information as the child gets older. When you feel they’re old enough, invite them to go hunting with you or bring them to a firing range. Show them all of the safety protocols you use when handling a gun, including:

It’s important that children understand everything that goes into being a responsible gun owner. While firing guns can be a great sport, hobby, or provide food for the family, they can also be dangerous when handled improperly.

Practice What You Preach

There’s an old saying that goes “Do as I say, not as I do.” That won’t work when teaching your children about guns and gun safety. When it comes to gun handling, sending mixed messages will only confuse the child. If you tell them one thing, then do exactly the opposite, that’s which example do you think they’ll follow?

As a responsible gun owner, you should be following all of these precautions anyway. When going to the range, make sure the gun is safely stored in the car. At home, don’t leave the gun on a table while you unload other gear. Unload the gun before putting it away – and always treat the gun as if it’s loaded.

While it’s important to be honest about guns, transparency should only go so far. Your child doesn’t need to know where the ammunition is or where you store your gun. If you have a safe, wait until you feel confident with your child having access to the gun before letting them have the combination.

While it is your right as an American to own a gun, it’s just as important you do so responsibly. That includes raising children that have a healthy respect for guns and understand what to do in certain situations. This may be when they see a pistol or rifle unattended at a friend’s house or if they see someone with a gun drawn. Eddie Eagle and the NRA are great resources for parents and children and offer some great advice as part of their accident prevention program.

When it’s time to get your child a gun of their own, Sporting Systems offers a wide variety of pistols, rifles, and accessories to make sure they have what they need to exercise their second amendment rights. We also offer courses, a place for enthusiasts to discuss issues of the day, and talks throughout the year.

Keeping your children safe is the biggest responsibility a parent has – that includes when they’re at home. By following the steps above, you’ll give your children a strong foundation for feeling comfortable around a gun while treating it with the respect it deserves.