How To Buy A Suppressor 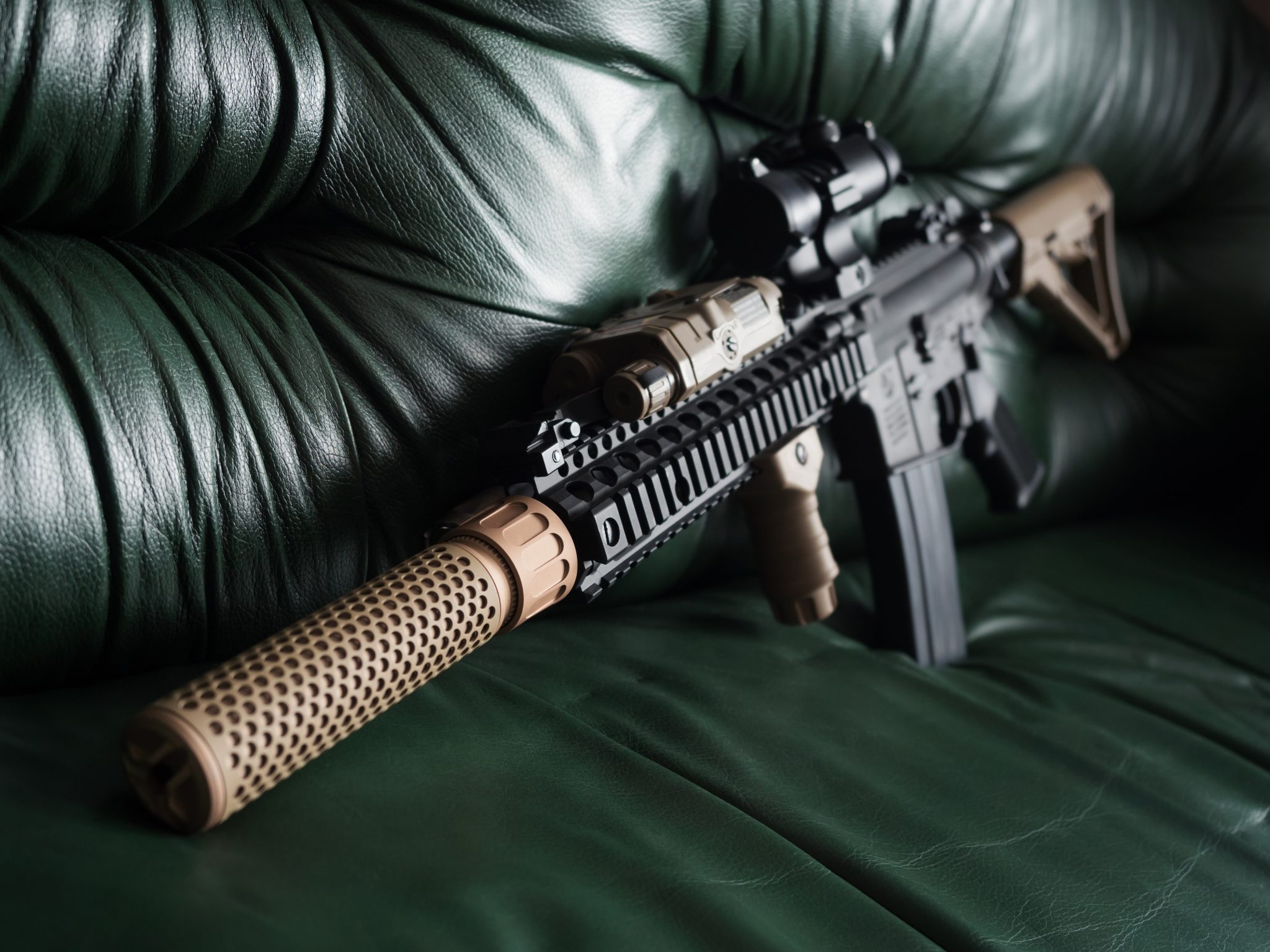 Wondering how to buy a suppressor in Washington state, Oregon, Idaho, or elsewhere? You’re in luck. Suppressors — aka gun “silencers” — are legal to own in 42 states.

We should note at the outset that suppressor is the preferred — and more accurate — term. Unlike what you may have seen in your favorite spy movies, gun suppressors don’t actually silence the firearm or reduce it to a deadly pshoo-pshoo whisper. Instead, they typically reduce the decibel level by about 30, which provides additional hearing protection. (More on that below.)

Still, you’ll see these devices — essentially metal tubes affixed to the end of a gun to dampen the report — referred to as silencers in legal documents, including the paperwork you’ll be required to fill out to obtain one.

Others refer to them as cans. Regardless of what we call them, they’re nifty tools in any gun owner’s collection.

Gun suppressors trap propellant gases in the expansion chamber, or baffles. The baffles divert and slow down those gases, and they lose energy. Cool thing is, suppressors won’t affect the accuracy of your shot. In fact, it might improve it!

Unless you live in California, Hawaii, Massachusetts, Delaware, Rhode Island, Illinois, New York, or New Jersey, you should have no trouble securing a suppressor for your firearm. (We’d like to welcome Iowa, Minnesota, and Vermont to the suppressor club; those three states where suppressors were illegal were the most recent to legalize them.)

Some anti-suppressor folks may ask: Why not just buy earplugs for hearing protection? For one thing, earplugs only reduce noise for those wearing them. They don’t do anything for those who live in areas where there is lots of hunting going on, for example. For another thing, not everybody uses earplugs correctly.

In any case, it’s not really a question of one or the other. Protecting your hearing is super important when shooting. That’s why it’s not unusual to see sportspeople buy a silencer and fire their firearms while also wearing earplugs or ear muffs. We even encourage pregnant shooters to use suppressed firearms to protect their unborn child, as well.

Info on How to Buy a Suppressor

There are a couple of hoops you’ll need to jump through in order to equip your firearm with a suppressor. After you’ve decided which suppressor you’d like, it’s time to get your paperwork in order — along with some cash to pay the tax stamp.

Ask the experts at Sporting Systems for tips on choosing a suppressor and the wait times involved in securing one during the registration process. In the meantime, here’s a broad outline of how to purchase a suppressor.

These rules can be traced back to the National Firearms Act of 1934. NFA items change over time, but basically, they ensure background checks, fingerprint cards, and ATF approval (Bureau of Alcohol, Tobacco, Firearms and Explosives) are forthcoming during the process. You may use a dealer or, in some cases, use a silencer shop kiosk.

After that, it’s just a matter of waiting for the tax stamp approval and then the dealer transferring the suppressor to you. So now you know the basics of how to buy a suppressor. Stay safe out there and enjoy your suppressor ownership!