Teaching About Guns and Gun Safety for Kids 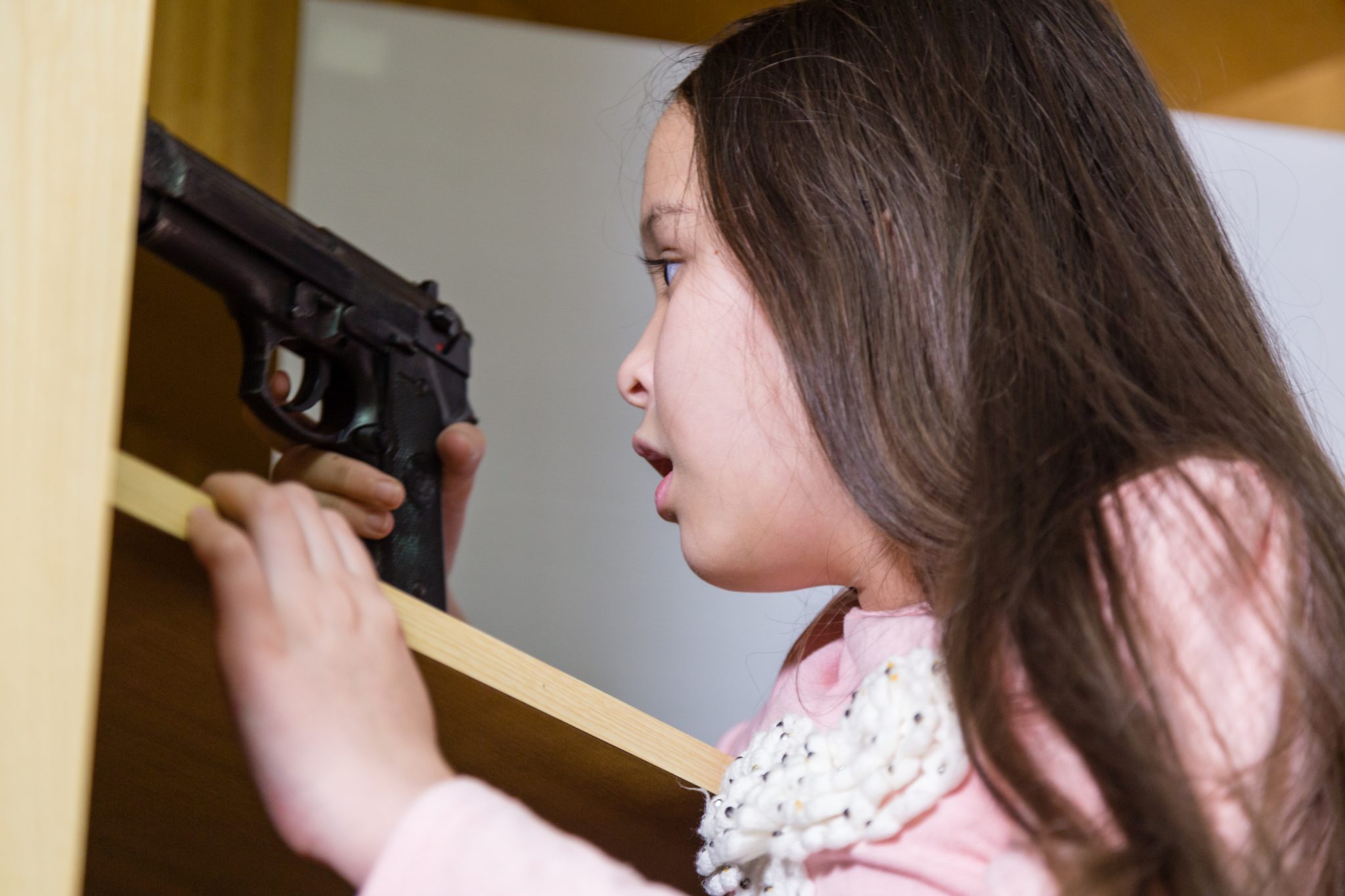 You may remember the story of a “cops and robbers” game that went horribly wrong back in 2015. An 8-year-old child in Mooresville, North Carolina, used his dad’s rifle — not knowing it was loaded — and shot his friend. It wasn’t fatal, fortunately, but the story likely haunted everyone who read it. The story should remind everyone of the importance of teaching kids about gun safety.

According to reports, police said the father of that 8-year-old boy left the loaded rifle in a shed and would face a misdemeanor charge for failing to store a firearm properly in order to protect a minor.

Responsible gun owners and other reasonable people understand instinctively that the boy’s father should not have had a loaded rifle where his son could reach it so easily. He should have kept it secured so that his child did not have access to it.

But do you know what else that father should have done? He should have taken the time to teach his kid about gun safety. Of course, when a father displays such disregard for the basics of gun safety, it’s hard to imagine him implementing rules that might protect his family from a horrible accident.

Teaching About Guns and Gun Safety for Kids

First, some good news. In 2014, the National Safety Council published a study on firearms-related injuries. They found that during a 20-year span — from 2002 to 2012, “the number of unintentional firearms-related fatalities involving children 14 years of age and under has decreased by 73 percent.”

These facts seem to indicate a couple of things. First, the low unintentional fatality percentage may be due to the fact that most kids aren’t around guns that often — or if they are, they aren’t aware of being around them. Second, the facts seem to indicate that efforts to teach people about the basics of firearm safety have worked.

But while these statistics continue to move in the right direction, there is still much work to be done.

Ideally, nobody would ever die or be injured due to negligent or unintentional firearm-related accidents. And no child would be tempted to commit suicide because they have easy access to a gun. The 2018 NSC data shows that “for children aged 5 to 14 and beginning with the 35 to 44 age group, gun-related suicide deaths outnumber assault deaths.”

Every parent who buys a firearm needs to instill a healthy understanding in their child of what guns are capable of so that stories like “cops and robbers” never happen again.

Here’s how we can all do our part in teaching kids about guns and gun safety.

Take Away The Mystery Surrounding Guns

Think back to when you were a kid. Remember when your parents said something wasn’t allowed and how badly that made you want to do it? Heck, even some adults experience this phenomenon! It’s only natural to be curious about something that’s forbidden.

So take away the mystery. Teaching kids about guns means emphasizing the fact that a gun is a tool, not some magical, mystical item.

Under your supervision, let your child hold a gun (unloaded!). Teach them how to check to see if the chamber is empty. After all, the longer you keep it from them, the more the intrigue grows.

Of course, children should always follow the rules laid out by the National Rifle Association and Eddie Eagle. If kids ever see a gun, they should:

That final point means that we as adults must always be available to help a child who has been smart and brave enough to remember the rules of gun safety and to follow them. After all, teaching kids about guns means rewarding them when they do the right thing.

“Children should seek a trustworthy adult, neighbor, relative or teacher if a parent or guardian is not available,” Eddie Eagle says.

Take Your Children Hunting Or To A Gun Range

Movies and video games love using violence. Your child is probably watching movies and playing games in which people are being shot left and right. This gives them an unrealistic understanding of what a gun can do.

When you take your kids to the gun range, they can see the real damage they cause. Let them see the ripped targets after being hit by bullets. If you’re a hunter, consider letting the child see the damage and bloody holes in the animal you shot hunting. It gives a very real understanding of the power of a gun.

Give Them A BB Gun

These are like training wheels for firearms. It’s very important to make sure your child treats their BB gun like a real one. They should carry and store it safely, keep the muzzle down, never point a gun at a person, etc.

When you’re confident they’re treating it with respect, let them shoot off a few BBs. They’ll love it! These target practice lessons, plus educating them about handling guns safely, storing a gun in your home (real guns or BB guns!), teach your child the basics of gun safety rules.

Then maybe your young children are ready for a .22 or something light. Spend time first at the firing range and then maybe out in the woods.

Keep an eye on how your child handles the gun. Do they swing it around after shooting? Do they point it at another person or at their feet? These are signs that more education may be needed and bad habits are forming.

Most importantly, you need to lead by example. Your words and actions will determine how your child understands and respects guns.

Gun safety is the most important thing with buying a firearm. This is way more important when there are kids involved. That’s one of the reasons we are supporters of the Kids S.A.F.E. Foundation. We encourage you to learn a little about this excellent organization.

Make sure you know the most up-to-date and best practices for owning firearms. And if you have any questions at all, call Sporting Systems. We look forward to speaking with you.